7 Books We Are Looking Forward to Read This March

#1. The Shadowglass (The Bone Witch) by Rin Chupeco — YA Fantasy — “In the highly anticipated finale to the Bone Witch trilogy, Tea’s life—and the fate of the kingdoms—hangs in the balance.”

#2. Bennett Mafia by Tijan — Mafia Romance — “Three months later, her father died, and Kai became the head of the Bennett Family. Brooke left Hillcrest for good, and that was the last time I saw her. Fourteen years later, I’m staring at her face on the television. Brooke is missing. Two days later, Kai Bennett kidnaps me.”

#3. Off the Air (Running on Air #1) by LH Cosway — Contemporary Romance — With LH Cosway’s signature unique twist! “Spending a month filming a reality TV show with your ex is no picnic. Especially when you’ve signed a contract stating that the two of you will not, under any circumstances, have romantic relations while filming.”

#4. If You’re Out There by Katy Loutzenhiser — YA Romance — “It’s only when she meets Logan, the charming new guy in Spanish class, that Zan begins to open up about her sadness, her insecurity, her sense of total betrayal. And he’s just as willing to throw himself into the investigation when everyone else thinks her suspicions are crazy.”

#5. Before She Knew Him by Peter Swanson — Thriller — “From the hugely talented author of The Kind Worth Killing comes an exquisitely chilling tale of a young suburban wife with a history of psychological instability whose fears about her new neighbor could lead them both to murder . . .”

#6. Daisy Jones & the Six by Taylor Jenkins Reid — Women’s Fiction — “The making of that legend is chronicled in this riveting and unforgettable novel, written as an oral history of one of the biggest bands of the seventies. Taylor Jenkins Reid is a talented writer who takes her work to a new level with Daisy Jones & The Six, brilliantly capturing a place and time in an utterly distinctive voice.”

#7. Boyfriend for Hire by Kendall Ryan — Escort Romance — “I’m the guy you call when you need to impress your overbearing family, your boss, or your ex. Yeah, I’m a male escort, but not just any escort, I’m the escort. The one with a mile-long waiting list and a pristine reputation that’s very well-deserved…And then I meet Elle. Her friend has hired me to escort her to a wedding, but Elle doesn’t know we’re just pretending. There’s a fire between us I never expected. A connection I haven’t felt in so long. One kiss, and I’m losing all control.” 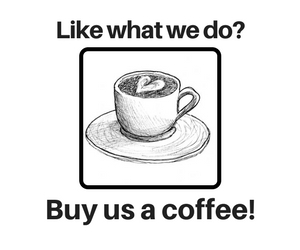 Buy us a book and we will review it!